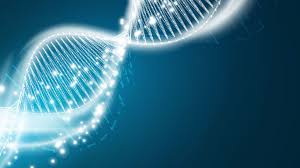 Imagine if you will, a human civilization on Earth where everyone is kind, loving and generous; where the heart qualities of altruism, compassion, equality, respect and justice permeate our collective Earthly existence. While this may seem a utopian dream given our current world, I offer it as a vision for future-humanity — and I propose it is possible to attain if humans begin to awaken the full potential of their heart-centers. This is not the anatomical heart – but the energy center we call the heart: the place of love, truth, courage and spiritual wisdom.

I believe this energy center of the heart is one of most profound, untapped resources in human existence. It is not only about love and courage – it is the doorway to expanded consciousness and higher awareness. Most indigenous people are well aware of the importance of the heart center. A Native American elder has said “If you are feeling powerless it means you have lost the connection to your heart. Your heart is how you are connected to the Creator, truth and power”.  It is through the heart that all things are connected.

As the heart awakens we can begin to feel a deeper relationship with life and the greater world around us. We can begin to perceive how our thoughts, words and actions impact all of existence. Activating the heart center can expand a person’s awareness and perception. It helps dissolve the “mind of duality” and “illusion of separation” so we can begin to perceive the unified field of creation. It can help us take not only an evolutionary step, but a quantum leap in our comprehension of human existence on Earth and in the Universe — and thus evolve individually and collectively into a more sensitive and intelligent species.

If you want to learn more about this premise I proffer – that humans can evolve into a more peaceful and enlightened species by activating the heart center, it would be good to read my Blog #1 titled THE NEXT STEP IN HUMAN EVOLUTION.

For now, let’s return to this vision of a heart-centered future-humanity. Some would call it a “possible future”: possible depending on the choices humanity makes now and in the near future. A key factor in this vision is that it is rooted in an actual shift in human consciousness – it surmises an evolutionary leap in human awareness whereby the heart qualities of altruism, compassion, equality, respect and justice permeate our collective Earthly existence. The heart center is not only our moral compass – it is a moral gyroscope by which we navigate and keep in balance.  As with other evolutionary phases, once a critical mass is reached, this change could bring a majority of humanity along with it. It could raise the tide of collective awareness and shift our entire understanding of human existence and our place in the universe.

This point of a shift in consciousness is important because I see many visions for future-humanity based in technological development – based in advances in medicine, communication, nano-technologies – and artificial intelligence. While I have great admiration for science, I am very concerned about the prospect of a future-humanity with advanced Artificial Intelligence (AI) but without the moral gyroscope of an awakened heart. This is a very dangerous scenario. AI is consciousness without heart.

I am not anti-tech. I am very grateful for the technological advances that have significantly eased human existence, particularly over the past fifty and a hundred years. Technology has changed how we live, how we communicate and extended our lives and health – but it has made only a small shift in our fundamental collective consciousness.

We have already witnessed this corruption of technology with the internet, which started as a World Wide Web of free expression and progressive innovation. It initially gave politically repressed people a voice and leveled the media field for writers, artists, musicians and activists. Yet it took just a few decades for the web to become corrupted with politically distorted mis-information, profit-motivated control of the major channels and mass-collection of data on every click we make. And this is just on the main publicly-accessed web. There is another whole “Dark Web” for criminal activity. So we have already seen the technological advancement of the world wide web become corrupted with our old human paradigm and I suspect the more powerful that new technologies become, the darker, more controlling and corrupt its applications will become – unless we are able to raise the collective consciousness of humanity.

We also have seen dystopian narratives of a techno-future without heart envisioned in books, film and other media: the robotic police force, the super-strength cyber-soldiers, the mass-surveillance networks. These narratives portray possible-futures that could manifest if we make bad choices now. We are at a critical time in our evolutionary development.  We are in a dire race to raise human consciousness before AI takes a dominant role in human culture. AI is already beginning to supersede human intelligence.

As I have noted in other writings, the NASA scientist, environmentalist and futurist Dr. James Lovelock developed the GAIA PRINCIPLE in the late 1970’s, which recognizes the Earth as a single living organism. He has also postulated that if humans allow technology and artificial intelligence to develop to super-efficient levels, it is likely that biological humans and their advanced brains will no longer be necessary to the planetary organism – and thus may become extinct. So it is imperative, if humanity is to survive as a species, that we continue to evolve.

“Humanity is now faced with a stark choice: evolve or die.”
~ Eckhart Tolle

Mainstream science has not yet pierced the veil of the multi-dimensional realms. It does not perceive “super-natural” , “extra-sensory” or “meta-physical” phenomenon, although quantum physics is peering into the possibility of parallel realities. Only those with awakened hearts – and pure hearts – are able to perceive on these levels. This is part of the strange structure of our three-dimensional world, which understanding is beyond the scope of this writing.

These realms are also the mystery of the mystic path – the path of the heart. As the heart heals and purifies, we are able to perceive that which is beyond the three-dimensional world – although it is not easy and not scientifically provable. These realms are left to poets, writers, musicians, artists and visionaries. It is left to those who see and feel with their hearts and are not bound by the culture of disbelief.

There is an implicit collective assumption that humans are now at peak evolution. However a quick review of global human existence reveals much is lacking in the qualities of our “civilization” – if we can call it that. Human activity has led to multiple planetary crises of epic proportion: climate change, species extinction, massive ecosystem destruction for economic gain, poverty, pollution, oppression, human migrations, war, pandemics, economic imbalances….  The list goes on.

We cannot solve these challenges at the same level of consciousness from which they were created. While there may be technological solutions at hand, they can only be implemented with massive systemic, political and social change – and that can only happen if we raise the collective consciousness of humanity. Consciousness is changed by each person working to expand their individual awareness.

While we are in a critical race to activate a heart-centered consciousness for humanity, it can be helpful to remember that much has been accomplished already. We have evolved significantly from even a hundred years ago. We are continuing the momentum of expanding progressive awareness that has been evolving slowly-but-surely towards a more compassionate, just society. Over the past one-hundred and fifty years we have seen the abolition of slavery (which took a gruesome war to accomplish), the civil rights movement (lives also lost), the women’s movement and the social rejection of genocide, racism and anti-Semitism –  each of which mark a step in our collective consciousness shifting to a more compassionate and just awareness. The intensity of the effort required to achieve these steps reveals the density of the culture that must be dissolved to shift our collective awareness. Many people suffered and died in fighting for these causes.

So as the here title says, I see great danger for humanity in a future based solely on technological advances. AI is consciousness without heart. We need to be very cautious. We need, most importantly, to help each other remember and activate the moral gyroscope of our heart centers. This is not as fantastical as it sounds. The heart is there in every person waiting and wanted to be remembered.

While this vision may seem utopian – we need to remember that Neanderthals could not conceive of the evolved awareness of Cro-Magnon, our great-grand parents could not conceive of how we live now. While the biological evolution of the Cro-Magnon may have taken millions of years, consciousness can evolve much more rapidly. We can do this. We have a real opportunity to evolve to a greater humanity with a “civilization” imbued with true liberty and justice for all.

In closing, let’s return for a moment to the world-wide-web: the internet, as we know it today, is something of a technological modeling of what is called the “web of light”. This etheric web of light, that connects all things in conscious creation, has many names: the crystalline grid, the luminous matrix, the jeweled fabric of the universe. As we learn (re-learn) to access this web of light we find we can connect and communicate with vast realms of multi-dimensional beings and quantum consciousness, just as the internet has allowed is to expand access and communication with vastly increased numbers of people on Earth.

The internet is also comparable to the mycelial web of communication that botanists are just discovering in the forest floor through which trees and other plants communicate – teaching us that plants and fungi have far more intelligence, communication and interconnectivity than ever imagined by scientists in the past.

These webs of communication mirror each other from different dimensions and remind us of the vast, miraculous web of life in which we live. The etheric web of light is difficult for many of us to perceive through the density of our three-dimensional world and thus is not considered “real” by many people, but “String Theory” and the prospects of parallel realities in quantum physics taps into similar constructs.  To those, however, who have awakened their hearts and developed their skills of subtle energy perception, this web of light is a source of infinite wisdom and luminous presence — and is the very fabric of the conscious universe.

Every human heart-center is connected to this web of light. As our heart centers begin to activate connection to this circuitry, we begin to remember that we are much more as humans than we are currently led to believe.  We remember and feel our connection to the universe and this vast resource of light and wisdom. We remember the immense love, beauty and wisdom that is accessible to each and all of us. This does not require artificial intelligence. It requires real intelligence – heart intelligence.